Allan L. Bridgford III is helping to lead the firm’s mass torts matters related to utility-caused Wildfires throughout Northern and Southern California. This includes the 2017 North Bay Fires (PG&E) and 2018 Camp Fire (PG&E), as well as the 2017 Thomas Fire (Southern California Edison) and 2018 Woolsey Fire (Southern California Edison). In addition, Allan practices in all areas of civil litigation, including, catastrophic personal injury, employment law, premises liability, and other consumer-oriented matters where individuals have been wronged. Mr. Bridgford brings strong case and project management expertise to his matters. He has experience handling the various aspects of the litigation process for clients throughout the course of representation.

Prior to joining McNicholas & McNicholas, LLP as an attorney, Mr. Bridgford worked for the top NFL Sports and Marketing Agency, Athletes First, as an extern and then Consultant to David Dunn, CEO, regarding all quarterback related evaluations. Additionally, Mr. Bridgford clerked for McNicholas & McNicholas, LLP, performing various litigation tasks and specifically managing the mass torts docket for the Northern and Southern California wildfires and the Las Vegas Village mass shooting. He was also part of the lobbying efforts to oppose the proposed inverse condemnation changes under Senate Bill 901, a bill which created a new procedure by which state regulators would determine whether future fire expenses are “just and reasonable.”

Prior to law school, Mr. Bridgford lettered and played Quarterback for the University of California, Berkeley, and the University of Southern Mississippi. Mr. Bridgford played professionally for the Amsterdam Crusaders, formerly known as the Amsterdam Admirals of NFL Europe, where he led his team to the European Football League Championship and Dutch National Championship. 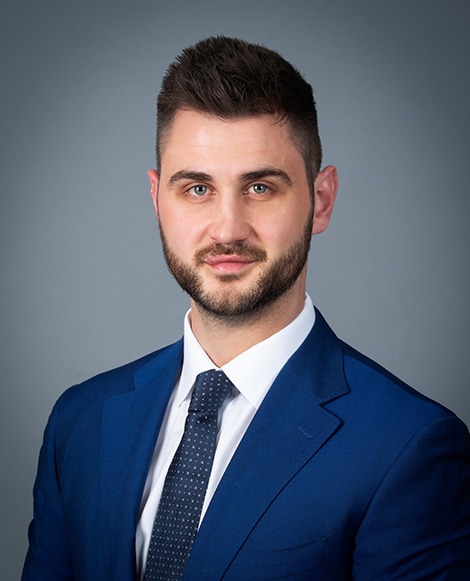 McNicholas & McNicholas LLP has been ranked a 2021 “Best Law Firms” by U.S. News – Best Lawyers® for their…

The Recorder developed a list to spotlight agents of change through their “California Trailblazer” list, and Partners Matthew McNicholas and…