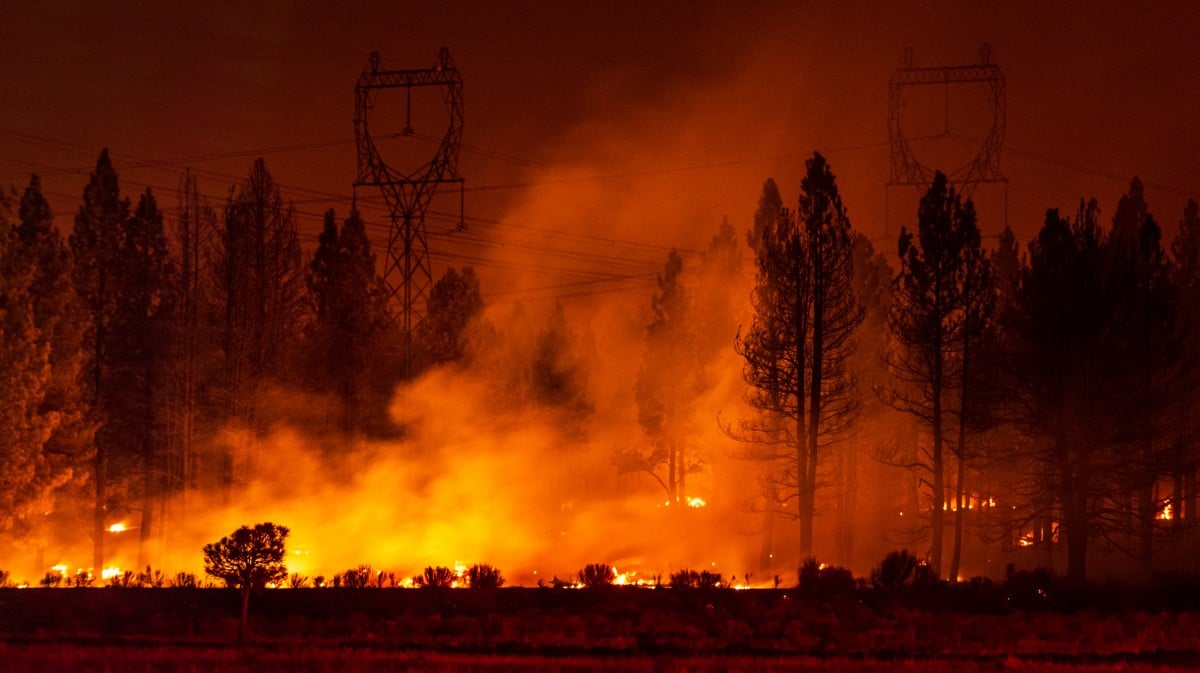 The Dixie Fire – the second largest in the history of California – is finally within the realm of containment. Evacuation orders have been lifted or reduced in multiple counties, including Shasta, Lassen, and Plumas County.

You can find more information about the fire on Cal Fire’s website, which is updated regularly.

If you have sustained injuries or losses from the Dixie Fire or any wildfire in California, McNicholas & McNicholas wants to hear from you. We are part of the California Fire Survivor Attorneys, and are standing by to help you with your claim. Please call for more information.

A new round of evacuations related to the Dixie Fire is underway. Janesville and Milford are largely under evacuation orders, though nearby Taylorsville remains under evacuation warning. The Dixie Fire has now burned more than 678,000 acres and is only 35% contained. Five different counties are affected: Butte, Plumas, Lassen, Tehama, and Shasta.

According to KUNR, the USDA Forest Service has temporarily closed the following national parks:

PG&E has shut power in some counties in order reduce the risk of additional spread.

There are currently 13 wildfires burning in California, according to the Sacramento Bee, and Cal Fire’s resources are spreading thin. The Caldor Fire, they report, may become “the more urgent situation” as the Dixie Fire is using so much of Cal Fire’s resources.

For the last month, the Dixie Fire has managed to avoid containment, spreading throughout Northern California. At this time, is has burned 540,581 acres, forced almost 29,000 people to evacuate, and destroyed 738 properties, per the Los Angeles Times.

New mandatory evacuation orders have been issued for all of Genesee Valley “southeast of Taylorsville up the Genesee Rd to just south of Babcock Crossing, Walker Mine Road, north portion of Beckwourth Genesee Road,” per the Plumas County Sheriff’s Office, because of immediate threat.

You can access a map of evacuation areas in Butte and Pumas Counties here.

Pacific Gas & Electric (PG&E), whose equipment appears to be linked to the cause of the Dixie Fire, issued an advisory that it may need to turn off the power for residents of the following counties, based on a forecast of offshore dry winds:

The Dixie Fire is now officially the largest fire in California history. Thousands of homes are threatened by the fire, according to USA TODAY. The following counties are at risk:

On Friday, the Dixie Fire was about 35% contained, but that percentage has dropped to approximately 21% as of this morning. It is approximately 463,477 acres. Per the Washington Post, more than 18,000 people have been ordered to evacuate so far. Strong winds and drought conditions are exacerbating the challenges faced by firefighters throughout the state.

Cal Fire reports that in Butte and Plumas County:

At this time, Plumas County says about 35% of its residents are under evacuation orders.

You can access a map of evacuation areas in Butte and Pumas Counties here.

Spread of Dixie Fire Leads to New Areas of Evacuation

The Dixie Fire is continuing to spread across northern California, forcing evacuations in Plumas County. The Dixie Fire merged with the Fly Fire last week, and has been growing as it jumps containment lines near Greenville. Evacuation orders were issued for Greenville last night.

Per the Plumas County Sheriff’s Office, a “Mandatory Evacuation Order” has also been issued for the following areas:

As of Tuesday morning, KCRA reports, “the Dixie Fire had burned 253,052 acres and was 35% contained, according to Cal Fire. About 5,170 personnel are assigned to the fire. More than 7,144 structures are now threatened by the blaze.” It is currently the 11th largest fire in the state’s history.

In 2019, McNicholas & McNicholas, LLP, along with partner firms, helped secured a $13.5 billion settlement with Pacific Gas & Electric Company (PG&E) for its role in multiple wildfires between 2016-2018. Now, we stand ready to do it again as recent reports reveal that PG&E’s equipment appears to be linked to the massive Dixie-Jumbo Wildfire raging through the Sierra Nevada.

According to KTVU, “PG&E said in a report Sunday to the California Public Utilities Commission that a repair man responding to a circuit outage on July 13 spotted blown fuses in a conductor atop a pole, a tree leaning into the conductor and fire at the base of the tree.”

If you have suffered losses associated with the Dixie Wildfire, McNicholas & McNicholas is ready and able to help you. We have built a rock-solid reputation for disaster-related utility claims, including claims stemming from wildfires, mudslides, and other natural and man-made disasters. Contact us today to learn more.

How serious is the Dixie Wildfire?

The Dixie Wildfire has burned 91,268 acres so far but is only 15% contained. KCRA reports that close to 4,000 personnel are working on the fire. The most serious concern right now is that the area where the fires are raging is difficult to access. This is one of the many reasons why fire personnel may struggle to contain the fire, especially as heavy smoke may prevent aerial resources from being deployed.

As of Wednesday night, Cal Fire reported that there are six major wildfires/complexes that are still active in California at this time. There are approximately a dozen wildfires burning across California as a whole.

Which areas have been evacuated because of the Dixie Fire?

Currently, the following areas in Butte and Plumas Counties are under evacuation orders, per KCRA:

What should I do if I need to evacuate for a wildfire?

You will need the following information and documentation:

Once you are aware that you have sustained losses related to the wildfire, you should contact your insurance company to submit a claim. Keep copies of all communications: emails, letters, voicemails, and more.

We recommend that you also keep a daily journal of your experiences. Wildfire litigation is a complex process, and it takes time. Often, people remember the feelings and emotions associated with their losses but forget the small details that can help their claims. By recording what your days are like – and what your responses are to new information – we can help recreate that loss for a jury or during settlement negotiations.

As one of the premier utility litigation firms in the area, McNicholas & McNicholas can assist homeowners, business owners, and property owners in claims against PG&E for losses resulting from the Dixie Wildfire. As part of the legal team which secured the $13.5 billion wildfire settlement with PG&E, we understand exactly what it takes to build a successfully claim against a negligent utility.

If you have suffered losses stemming from the Dixie-Jumbo Wildfire complex, McNicholas & McNicholas has the experience, skill, and resources you want on your side. Contact us today by calling 310.474.1582 or filling out our contact form.

Class action settlement on behalf of consumers against Epson America, Inc. for installation of a “smart chip” in its printers that shut down when there was still a substantial amount of ink left on the cartridge. 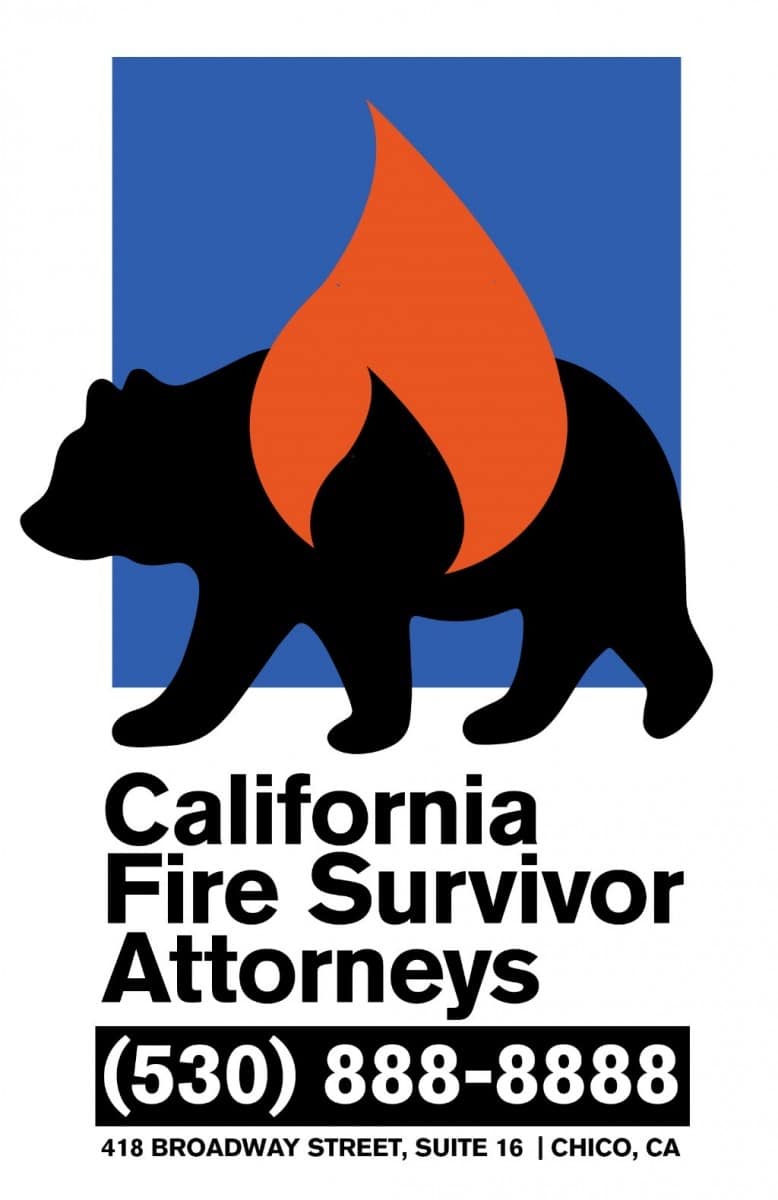