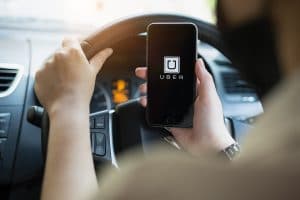 On August 10, 2020, the San Francisco Superior Court sided with California drivers, saying Uber and Lyft must classify those drivers as employees. Per Market Watch, “Judge Ethan Schulman of the California Superior Court in San Francisco struck at the heart of the gig economy in granting the injunction, calling the drivers ‘central, not tangential’ to the ride-hailing giants’ business.”

The reclassification is in response to AB 5, which states that workers who pass the “ABC” test must be classified as employees, not contractors.

California Attorney General Xavier Becerra issued the following statement: “The court has weighed in and agreed: Uber and Lyft need to put a stop to unlawful misclassification of their drivers while our litigation continues. While this fight still has a long way to go, we’re pushing ahead to make sure the people of California get the workplace protections they deserve.”

Both Uber and Lyft plan to appeal the decision.

California Takes on Uber & Lyft over Misclassification of Drivers

Rideshare companies Uber and Lyft currently face a double hit – one from the COVID-19 pandemic and one from the Attorney General of California. With stay-at-home orders and business closures keeping people off the road, rideshare use has sharply declined, leaving these tech companies in a financially precarious position. Now, California Attorney General Xavier Becerra has filed a lawsuit against both Uber and Lyft, alleging they are violating state law.

State law AB5, which we wrote about in a previous blog, went into effect January 1, 2020. This legislation is meant to address a long-standing dispute of whether or not drivers for rideshare companies are employees or independent contractors. Companies like Uber and Lyft claim their drivers are independent contractors. However, the state of California maintains these workers are misclassified according to AB5 and must be considered employees.

This is an important distinction every day, but even more during times of crisis like a pandemic. As independent contractors, rideshare workers have no access to employee benefits like unemployment, workers’ compensation, disability, overtime, and other valuable protections. AB5 mandates companies provide these benefits to workers if they meet a three-prong test for employee classification. Workers are considered employees if:

In the lawsuit, Attorney General Becerra seeks restitution from Lyft and Uber for the unpaid wages they claim the companies owe their workers. The suit also claims the companies’ misclassification of workers allowed them to dodge state and local payroll taxes, and enables plaintiffs to seek up to $2,500 in civil penalties per violation for drivers going back four years. If successful, penalties could run into millions of dollars.

At a press conference, Becerra spoke up on behalf of gig workers: “Uber and Lyft both claim that their drivers aren’t engaged in the company’s core mission and therefore qualify for benefits. If drivers in California contract the coronavirus or if they lose their job as a result, guess what? They’re the ones that go missing. They’re the ones that don’t know what to do next. They’re the ones who have to worry about how they’ll pay their bills.”

Uber and Lyft have both stated in the past that reclassifying their workers will have a devastating impact on their profitability. However, gig workers are on the front lines as essential workers, putting them at risk for contracting COVID-19. Without health insurance or sick leave, rideshare drivers who continue working can then put the general public at risk.

At McNicholas & McNicholas LLP, our Los Angeles employment law attorneys fight for the rights of workers in California. If you have questions or concerns about protections on the job, please don’t hesitate to call us today. Contact us today to set up a consultation and find out how we can assist you. Call us at 310-474-1582 or complete our contact form.